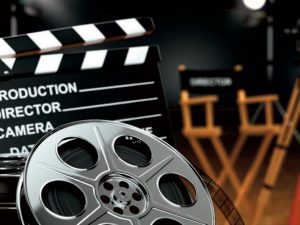 A diverse selection of films will be shown at various locations during the festival fortnight. 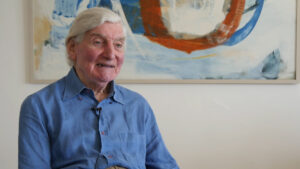 A wonderful, award winning, newly-released archive led documentary by Barbara Santiand and Judith Lanyon in St Ives, followed by a Q&A session.
No Holds Barred reaches into the remarkable life of Matthew Lanyon, the late Cornish artist whose reclusive, comedic disposition disguised a fierce dedication to art, powered by love and loss.
He was the second son of Peter Lanyon, the well-known, ground breaking modernist painter who died tragically when Matthew was 13. Matthew’s family, collectors and collaborators describe a man with a visionary talent and intellect, for whom the usual boundaries between art and life did not apply.
This moving film creates a rare magic from Matthew’s own words, his previously unseen audio-visual archive, and the breath taking geology of West Cornwall. It won Best Documentary in the New Renaissance Film Festival in Amsterdam. Tickets

That Blackguard Burton! at Porthmeor Studios 5.30pm
An illustrated talk with film and animation about the life of Capt. Sir Richard Francis Burton, given by the creator of the Burton museum here in St Ives, Shanty Baba. He was a famous maverick Victorian Adventurer, Spy, Explorer, translator of the 1001 Arabian Nights and the Kama Sutra and one of the world’s most extraordinary individuals. The talk contains adults themes and imagery. 75 minutes. £6 Tickets 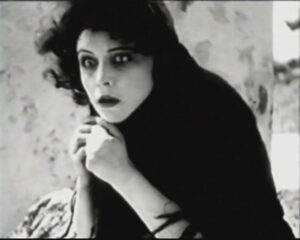 The Way of Lost Souls, at Porthmeor Studios 7pm
A black and white feature film shot in St Ives, Godrevy and other Cornish locations in 1929. Its a tragedy that will have you in fits of laughter. A prostitute, a lighthouse keeper and a murderer. It caused locals to riot at the time of filming. Starring the legendary silver screen goddess Pola Negri. “a real gem of a movie” “a film to be savoured again and again”
Includes a short documentary by Shanty Baba about Pola Negri. 90 minutes. £7 Tickets 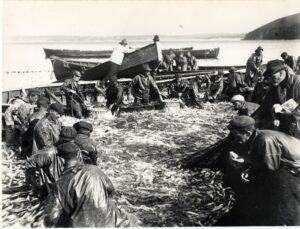 Pilchards: A Brief History of the Cornish Sardine Film
Porthmeor Studios, Back Road West, Borlase Smart Room 10.30-11.30am
This beautiful award winning documentary by British director Ray Bird tells the story of the pilchard fishing industry in Cornwall and the part it played in St Ives cultural heritage, charting the glory days of its success and later decline, to its resurgence today. £5.50 Tickets 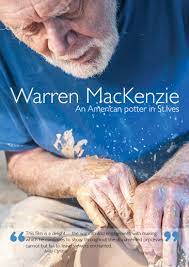 An American Potter in St Ives at St Ives Arts Club 1pm CANCELLED
A special screening of the 2013 documentary film about Warren Mackenzie, the celebrated American Potter apprenticed to Bernard Leach from 1949 to 1952, with a discussion and Q&A hosted by Roelef Uys, lead potter at the Leach Pottery.
This hour-long documentary captures Warren’s return to his former workplace at the Leach Pottery in 2013, his reflections, memories and encounters. It was here he defined his philosophy as a potter and formed a lifelong friendship with Bernard Leach. His honesty, warmth and humour are infectious and shine though this film about a man who loved making pots!
Born in 1924 in Kansas City, he studied ceramics at The Art Institute in Chicago. After his three-year apprenticeship at the Leach Pottery, he established his own pottery in Stillwater Minnesota. In 1966 he was made a Professor of the University of Minnesota until he retired from teaching in 1990.
He was a fellow of the International Academy of Ceramics and in 1998 was honoured with the Gold Medal from the American Crafts Council. His work is represented in the Metropolitan Museum of Art in New York , the Smithsonian Institution in Washington DC and the Victoria and Albert Museum London. Tickets

de Chirico and the Metaphysical Dreamscape, at Porthmeor Studios 5.30pm
Shanty Baba’s wonderfully quirky animated film documentary that explores these hugely influential paintings that gave birth to the Surrealist movement. Full of shadows, deserted plazas, enigmas and stories with Dhyano doing the voice-over for de Chirico. With the current pandemic giving rise to deserted city centres, these paintings have taken on a fresh relevance. 60 minutes. £6 Tickets

How to Survive a Cornish Horror Film, at Porthmeor Studios 9pm 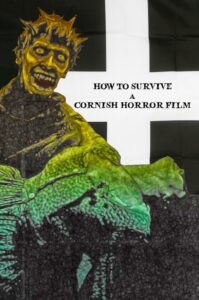 24 Cornish Horror Films sliced, diced and mashed back together by Shanty Baba, to create a tongue in cheek feature length survival guide to help you make all the way to the end credits and still be alive! From “Plague of the Zombies” to “Straw Dogs”. Its funny, its frightening and its life saving! 75minutes. £7 Tickets 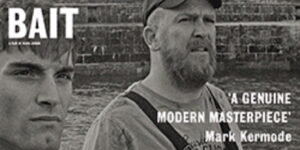 An evening with BAFTA Award winner Mark Jenkin and a screening of his film ‘Bait’ at St Ives Arts Club 8pm
SOLD OUT
Plus a Q&A about the film, Mark’s current work and the Cornish film-making scene.
“One of the defining British films of the decade,” says BBC film critic Mark Kermode, Bait  won a host of prestigious awards including a BAFTA Best Breakthrough award for Mark Jenkin.
It’s war between the locals and tourists in a once-thriving Cornish fishing village in Cornish film-maker Mark’s dreamlike masterpiece.
His breakthrough feature is a thrillingly adventurous labour of love – a richly textured, rough-hewn gem in which form and content are perfectly combined.
A refreshingly authentic tale of tensions between locals and tourists in a once-thriving fishing village, it’s an evocative portrait of familiar culture clashes in an area where traditional trades and lifestyles are under threat.
Shot with clockwork cameras on grainy 16mm stock, which Jenkin hand-processed in his studio in Newlyn, Bait is both an impassioned paean to Cornwall’s proud past and a bracingly tragicomic portrait of its troubled present and possible future. A genuine modern masterpiece, which establishes Jenkin as one of the most arresting and intriguing British film-makers of his generation. Tickets 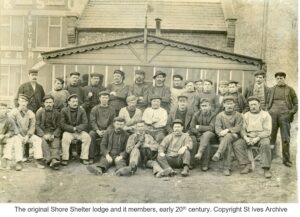 The St Ives Fishermen’s Lodges – film screening and project sharing at St Ives Arts Club 2pm
Explore the stories and history of the remarkable lodges unique to St Ives. The event will share the heritage project undertaken in conjunction with St Ives Archive over the last year, culminating in a website and film which will be screened. The website includes rare oral histories, photos, film and poetry at www.awen.org.uk
Free with donation