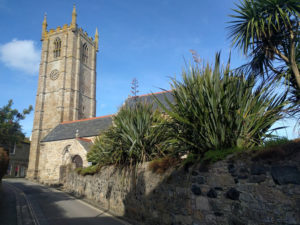 St Ia, the parish church of St Ives, is a major venue for the St Ives September Festival with the fantastic acoustics of the church having a two-week programme of music to match – along with other Festival events at the church in the heart of town Licensed bar at all Church shows 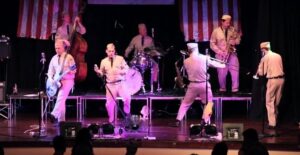 Company B report for duty on the opening night of the 2021 St Ives September Festival. The  seven-piece jump jive band from Cornwall will appear at St Ia Church on Saturday, September 11.
Over the last 11 years Company B have appeared at various locations from London Science Museum to headline slots at various festivals, playing support to many international artists bringing the sights and sounds of the 1940s bang up to date with a rowdy energetic show full of swing and swagger. They play the songs of Louis Prima, Louis Jordan and others alongside “tongue in cheek” originals. The band consists of: Matthew Arundell – Guitar, John Mitchell – Drums, Michael Jackson – Trombone, Adam Taylor – Double Bass, Andrew Burton – Trumpet, Dan Reid – Lead Vocals and Diston Dryburgh – Sax. For more information and tickets click here 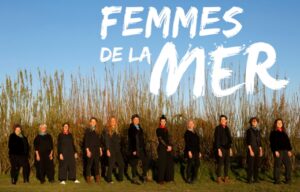 Femme De La Mer are a 15 strong crew hailing from across Cornwall. Led by musical director, Claire Ingleheart, this all-female group sing traditional shanties alongside original material and some alternative takes on ballads of the sea, with songs of love, loss and the feisty women of Cornwall.
For more information and tickets click here

A prodigiously  gifted folk-rock songwriter with an extraordinarily soulful voice, Winter Mountain (aka Joe Francis) has released two critically-acclaimed albums and toured the world.
His electrifying gifts as a live performer have earned him supports for Seal, Seth Lakeman, The Feeling, Paolo Nutini, Richard Thompson, Guy Garvey, Gomez, Rosanne Cash, Leann Rhimes, The Waterboys and many others. Recent times have also seen him perform a live session on BBC Radio 2 and be featured in Total Guitar Magazine.
For more information and tickets click here

An afternoon of rousing organ music with incredible musician Michael Hoeg who will be playing music by Jean Sibelius, Ermand Bonnal and Pierre Cholley among others.
Michael Hoeg studied at the Royal Academy of Music and London University. He was appointed Organist and Master of the Choristers at Londonderry Cathedral in 1972.   In 1980, he moved to Llandaff where he was Assistant Organist at the Cathedral and Director of Music at the Llandaff Cathedral School. He has been awarded the Archbishop of Wales Award for Church Music and the MBE for his work at Llandaff. For more information and tickets click here 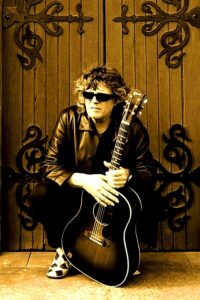 Will Keating and Special Guests 7.30pm 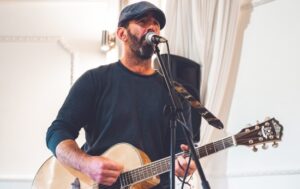 Will Keating is renowned for delivering Cornish Folk songs with passion and presence and intensity.
With a repertoire that gives a delightful insight into Cornwall’s rich history and heritage, his velvety tones will set you on a roller-coaster of emotions. Expect to hear traditional Cornish favourites as well as songs from his acclaimed debut solo album Cornwall My Home (Kernow Ow Tre).
Banjo player John Dowling and fiddle player Stuart MacQuarrie will be Will’s special guests at St Ia Church.

Cornish Roots is a 20-piece Big Band with an amazing repertoire!They perform popular pieces such as Michael Buble’s ‘Everything’, James Bond’s ‘Live and Let Die’, A Grease ‘Megamix’ and Glen Miller’s ‘In The Mood’ as well as Big Band classics from the likes of Buddy Rich, Bob Mintzer and Maynard Ferguson. 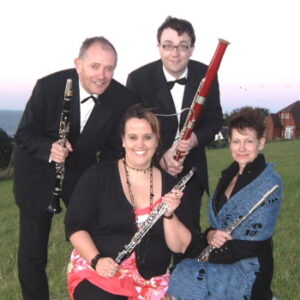 The Soloist Members of The Cornish Sinfonia are delighted that their principal conductor Michael Reed will play pianoat this concert. Michael has a busy career in London, particularly in West End musicals and was music supervisor for Andrew Lloyd Webber on more than 20 productions.
He has conducted the Royal Phliarmonic Orchestra and BBC Concert Orchestra.
The Cornish Sinfonia was formed in 1999 and gave its inaugural concert at the Hall For Cornwall. 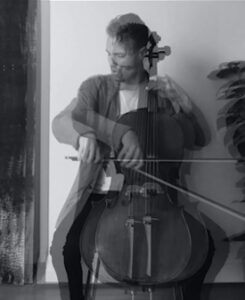 Olivier Van Den Hende will perform a unique interpretation of the first suite for cello by Johan Sebastian Bach. Expect to be moved by the cello and the performer’s physicalityin the contemporary approach of a timelsess piece of music. Olivier will juggle conventional and experimental to immerse the audience into the world of Bach, all through a contemporary lens.
Olivier Van Den Hende is a graduate from the National Conservatory in Paris and London’s Royal Academy of Dramatic Art. His works include the musical composition for Cicuro, a collaborative piece brought to the MIRA Festival in St Petersburg, Russia, in 2019, The Lost Supper, a collaborative video piece exhibited as part of Thje Lockdown Biennale in the Seychelles and he co-founded Sturz, an experiment theatre company.

Jonathan Bielby MBE’s Last Night of the Proms on the Church organ 1.30pm 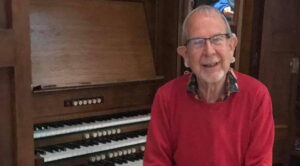 A rousing lunchtime “Last Night of the Proms” performance by Jonathan Bielby MBE who will be playing March from Aida, Pachelbel’s Canon, Lang Tuba Tune, Widor Toccata, Nimrod, Rule, Britannia and many more.
Jonathan Bielby is a widely recognised performer, choral conductor and composer of church and organ music who held the role of Organist and Director of Music at Wakefield Cathedral for 40 years until his retirement in 2013. He has composed a large number of organ works.
St Ia’s Church are “so thrilled to have Jonathan playing on our wonderful organ.”

Bryher’s Boys was formed back in 2017 when the tenor and bass sections of several West Cornwall choirs were press ganged to form a new crew to navigate the choppy waters of Sea Shanty singing.
Based in West Cornwall – from Newlyn to Truro – they were proud to represent Cornwall at Brittany’s Festival Interceltique singing to 9,000 people at a time! They released their fist CD ’The Ballad of the Boy Jacq’ the same year.
For more information and tickets click here 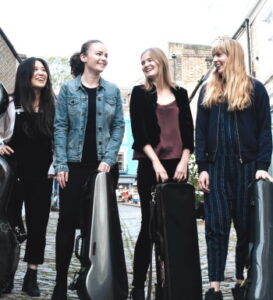 Join the Halcyon Quartet (see Wednesday, September 22) for  a more informal performance in the form of a Café Concert. With a very broad range of lighter Classical repertoire, as well as music from Broadway, films, and more popular music, there will be something for everyone to enjoy.
The Quartet will be able to take requests for songs or pieces in their repertoire list, which will be available to view in the church on the day. It will be a fun, family-friendly occasion – Disney favourites will be on offer! – showcasing how versatile the string quartet can be, and a great way to enjoy some afternoon tea alongside your favourite tunes. 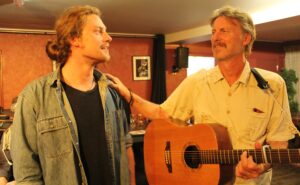 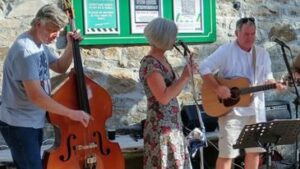 The Organised Crime Collective, who have been operating in this area for the last couple of years, will hit St Ia Parish Church. The identity parade will bring together Dale Henwood on double bass, Bin Bin Zhang on melodion and Chinese flute, Natasha Jones on bodhran, Annie Nicol on whistles and Rick Chappell on guitar. Their set will include traditional songs and tunes from the Celtic nations.
Special guests are father and son Gavin Nicol (above right) of Tyn Daga, who have appeared at previous September Festivals, and Treve Nicol, both also of Global Jamming, who will bring their original materials revisiting the fantastic Eloise Tregeagle production, with the vocals of Claire Young.
Don’t miss this wonderful group who will take you to the land of quoits, standing stones and magic through music. There will be a licenced bar and feel free to get out of your seats for a jig! 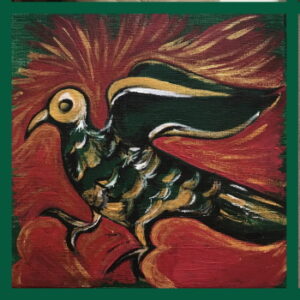 Join Caroline Marwood and Martha Patrick as they lead an exploration of some of the connections with local history, creativity, art and design. All of which are to be discovered here in St Ia’s Church.Examining our past, present and future,  we will hope to make creative connections, share and find inspiration.
Talk and Tour 10am – 10.45am. Refreshments. Creative workshop 11am-1pm. Numbers limited, early booking is recommended to avoid disappointment (Suitable for Adults, Over16s).

The Halcyon Quartet, described as “future stars of British Chamber Music”, are excited to be returning to St Ives. The prize-winning quartet’s recent highlights include Royal Opera House’s Linbury Theatre and Thames Concerts Series.
Their programme this year will explore a variety of classical chamber music repertoire – with something for everyone to enjoy.

Tim Neville and The Regalos 8pm 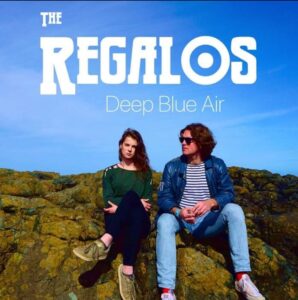 The Regalos are an original local music act that sprung organically from the St Ives music scene in 2019. They are guitarist and Songwriter Tim Neville and Vocalist Sylvie Nicol assisted by a constellation of friends. They have spent the last two years writing and recording their debut album ‘Deep Blue Air’ which is coming soon to download. The track ‘Searching for love’ has been played and received praise on BBC radio. 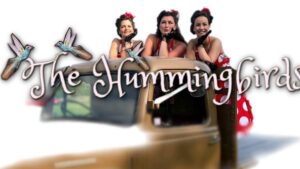 The Hummingbirds, Clara, Grace and Bettie, from Devon, and are considered by many to be the South West’s premier, vintage, close harmony trio. With their red lipstick, victory rolls, wonderful outfits and stunning close harmonies, they deliver favourite classics from the true vintage decades of the 1940’s/1950’s and 1920’s/1930’s, with unmistakable Hummingbird flair. They may surprise you with some wonderful modern vintage songs from their diverse and exciting repertoire too!
The Hummingbirds have been performing at private functions, theatres and festivals across the country together for nearly four years and in the last 12 months have been featured several times on BBC Television as well as radio, when their ‘Lockdown Living with the Hummingbirds’ series, caught the BBC producers’ attention.

Two fantastic choirs for the price of one at the 2021 St Ives September Festival!
Gwel Trencrom Singers was started by Peter Luing in 2016 to perform his own arrangements with some friends from Local Vocalz, Military Wives, St. Ia Church Choir and shanty group Bryher’s Boys – in his conservatory! They sound great in a glass box but Peter is unable to bring it to St Ia Church!
Local Vocalz was the flagship of the choral fleet ‘Cornwall Sings’ of the late and much-lamented Neil Shepherd. This is their first outing under their new conductor and former accompanist Peter Luing.  The new accompanist is Kevin Lane who has also taken over many of the daytime choirs.

To close the 2021 St Ives September Festival with a bang, Helston Town Band will be playing The Last Night of The Proms.
This incredible band has a history spanning more than a century, As well as having solo singers, the band will pull out all the stops to make this a Festival night to remember so get your flags ready to wave to a fantastic programme which includes Proms favourites Jerusalem, Pomp and Circumstance, Fantasia on British Sea Songs, Bohemian Rhapsode, Floral Dance, Trelawney and loads more Proms classics.