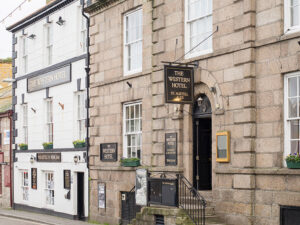 The home of the award-winning St Ives Jazz Club who will be running Festival Jazz Club Sessions on the evenings of Monday 13th September, Tuesday the 14th, Monday the 20th and Tuesday the 21st. Details below. 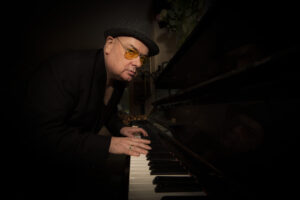 IAN SHAW 7.30pm
Food available (please order direct with the hotel and arrive by 6.30pm latest)
One of the most distinctive, original and creative jazz singers that the UK has produced, Ian Shaw is also a talented pianist, songwriter, actor, presenter and record producer. Twice voted “Best Jazz Vocalist” at the prestigious BBC Jazz Awards, the recorded output of the London based singer and consummate showman includes three US releases. His solo shows and performances with his regular piano trio become ever more popular but he is also much in demand as the featured soloist with big bands and orchestras both in the UK and internationally.

Over the years he has collaborated with the likes of Quincy Jones, Van Morrison, Georgie Fame, Cleo Laine, Kenny Wheeler, Dee Dee Bridgewater, Nigel Kennedy, Kurt Elling and The Who’s Pete Townsend and has toured with Abdullah Ibrahim, The Boston Pops and Cedar Walton. His current project, “What’s New” features renowned saxophonist Iain Ballamy with pianist Jamie Safir. A regular headline draw at London’s iconic Ronnie Scott’s (he presents their worldwide radio show also), Shaw has toured the US and Canada many times as well as across Europe, and more recently performed in Australia and the Far East also.

“a brilliant vocal chameleon . . . there’s actually more heart in Ian Shaw’s cleverness than in many singers who wear their hearts conspicuously on their sleeves” (The Telegraph)
£18/£15 members Tickets 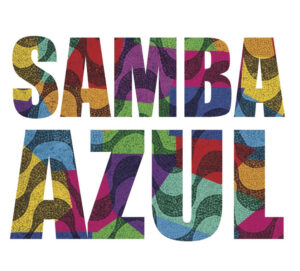 SAMBA AZUL 7.30pm
Food available (please order direct with the hotel and arrive by 6.30pm latest)
Samba Azul is a Brazilian-inspired jazz outfit highlighting many of the rich musical landscapes found throughout Brazil from Samba and Pagode, to Forró, Bossa Nova, MPB and Tropicália. Members of the band hail from four different continents, each with their own unique connection to the music of Brazil and each bringing that personality to the group. At the St Ives September Festival the band will perform some of their favorite Brazilian classics as well as material from their debut album. 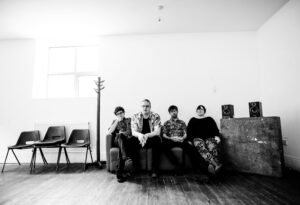 FAMILY BAND 7.30pm
Food available (please order direct with the hotel and arrive by 6.30pm latest)
Comprising four long-term collaborators and friends (thus the ‘family’ tag), the band takes as its starting point the freewheeling music of those musicians who, back in the 1960s, were at the forefront of the free jazz revolution, but whose opening up of jazz’s constraints is now recognised as not a break from the past but an integral part of the music’s development. So the Family Band doesn’t recreate the work of Ornette Coleman and others, but shares its powerful and freewheeling momentum – moments of fierce intensity, introspection and the blues all combining into an emotionally complex and often cathartic whole.

‘You simply HAVE to get to see them – you won’t be disappointed’ (Martin Powell, JATP)
£15/£13 members Tickets 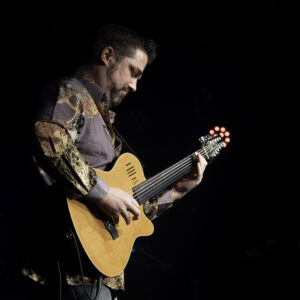 NICOLAS MEIER 7.30pm
Food available (please order direct with the hotel and arrive by 6.30pm latest)
UK-based guitarist Nicolas Meier has carved a reputation out as one of the world’s most original and uniquely talented guitarists. Drawing from a love of Turkish, Eastern & Middle Eastern music, Flamenco, Tango and more — all mixed with jazz — Meier’s versatility and musical fluency extends well beyond that, even. Meier originally hails from Switzerland; born in 1973, to parents who are great lovers of the arts. Never short on ambition, Meier founded his own record label, MGP Records, in 2009. To date, he’s produced twelve albums: as a solo artist; in various group formats (The Nicolas Meier Group; Nicolas Meier Trio; Eclectica!; Nicolas Meier World Group); with his heavy metal band, Seven7, and; in a duo format, with long-time partner, fellow guitarist and collaborator, the fabulous UK master, Pete Oxley. Having made a lasting impression on gentlemen the likes of the great Bill Bruford, (the aforementioned) Jeff Beck and Steve Vai, Nicolas Meier is unquestionably one of today’s most well-rounded, ambitious and masterful up-and-coming talents on guitar. Stay tuned … this is one star that is still on the rise!

Nicolas will be playing as part of a quartet at the St Ives Jazz Club – line-up TBA.
£15/£13 members Tickets 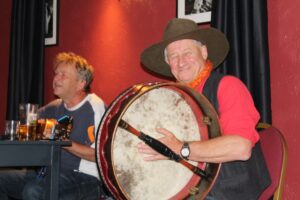 Marathon Music Session
Toni Carver will host the first of his traditional marathon Saturday afternoon “Big Cauldron” music sessions upstairs at The Western. Local and visiting musicians, singers, poets and other performers are invited to come and join in – or just look and listen!
Free 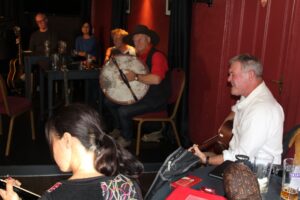 Marathon Music Session
Toni Carver hosts the third and final traditional marathon Saturday afternoon “Big Cauldron” music session of the 2021 September Festival upstairs at The Western. All welcome to join in – or look and listen!
Free

The Western will also be holding its regular music sessions throughout the Festival when visiting musicians are welcome to join the talented array of local performers.