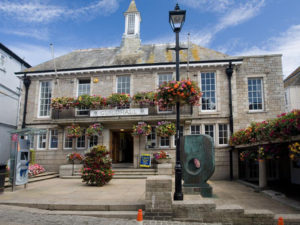 Steeped in history, the newly-refurbished Guildhall is one of the best live performance venues in West Cornwall. A 1930s hall in the heart of St Ives, it has a bustling programme of daytime events and live performance. Home to the September Festival, it has also hosted a variety of performers from Natalie Merchant and Jethro to Fairport Convention, George Melly, Billy Bragg and Wu Tang Clan. The Guildhall is also a popular wedding ceremony and reception venue. 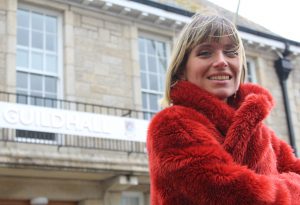 St Ives’ own Molly Hocking, 2019 winner of ITV’s The Voice, will headline the main venue at her home town’s St Ives September Festival with her fantastic new backing band.
With huge support from Cornwall and around the country, at just 18 years of age Molly won The Voice – and a recording contract which saw her rendition of ‘I’ll Never Love Again’ go straight to No.1 in the iTunes singles chart.
She also supported Celine Dion in London’s Hyde Park but for more than a year performance opportunities have been put on hold because of Covid lockdowns and restrictions. Her emotive single ‘After The Night Before’ came out last year with Molly finally unveiling it as she made a delayed televised return to The Voice as guest star on the live semi-final show.
Despite not being able to appear on stage, Molly has kept busy between London and St Ives and she said: “I’m in and out of so many writing sessions and studios. I just love it.” 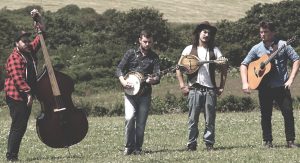 The four-pice blugrass outfit, who started out busking on the streets of Penzance have gone from strength to strength since wowing the 2017 St Ives September Festival with tours around Europe and Australia. Welcome back to The Guildhall! 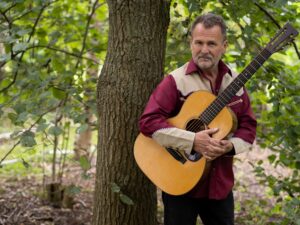 Martin Simpson – listed in Gibson Guitars’ Top 30 Acoustic Guitarists of all time – is equally at home playing English traditional folk, American folk and blues and his own compositions.
He has had the most nominations of any performer in the history of the BBC Radio 2 Folk Awards, an astonishing 32 – 13 of those as Musician of the Year, winning that prestigious accolade twice. His own songwriting produced the poignant Never Any Good from Prodigal Son, 2007’s Folk Album of the Year.
Martin continues to collaborate with a dazzling array of people from across the musical spectrum: Jackson Browne, Martin Taylor, June Tabor, Richard Hawley, Bonnie Raitt, Danny Thompson, David Hidalgo, Danú, Richard Thompson and Dom Flemons are among the great performers he has worked with. Every gig is a masterclass, giving rapt audiences passion, sorrow, love, beauty, tragedy and majesty through his playing. 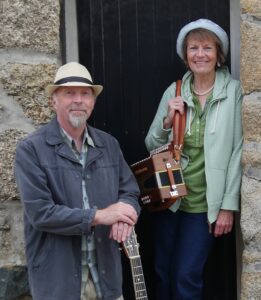 Performers appearing are St Ives shanty singers Bamaluz Bootleggers (pictured left),  representatives of Kidz R Us, award winning duo Dee and Dave Brotherton (Tir ha Tavas, pictured right) and their guests, poet Bob Devereux and the St Ives Community Choir
St Ives Community Land Trust (CLT) is a non-profit organisation set up to promote and ensure democratic local ownership of land and buildings for the benefit of the community. Projects include providing six affordable flats at the Old Vicarage – next door to The Guildhall.
The show, compered by Donna Birrell of Radio Cornwall, is being sponsored by Harding Laity Estate Agents and supported by St Ives September Festival. 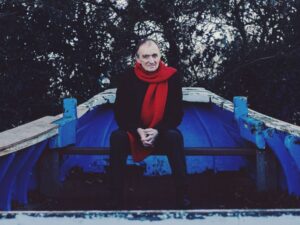 English folk music icon Martin Carthy has influenced a generation of legends, including Bob Dylan and Paul Simon, as well as partnering numerous others including Steeleye Span, Dave Swarbrick, his wife Norma Waterson and their twice Mercuyr-nominated daughter Eliza.
For more than 50 years, Martin Carthy has been one of folk music’s greatest innovators, one of its best loved, most enthusiastic and, at times, most quietly controversial of figures. His skill, stage presence and natural charm have won him many admirers, not only from within the folk scene, but also far beyond it and he received a richly-deserved Lifetime Achievement Award at the BBC Radio 2 Folk Awards in 2014.
Unfortunately, Eliza has had to withdraw from the much-anticipated appearance with her “daddy” after suffering a severe chest infection which means she can’t sing – or even travel to St Ives. Both have appeared at the St Ives September Festival before – but never together and Eliza is hugely disappointed that they will not be appearing on stage together at our Festival.
But the show goes on and we are looking forward to another great Guildhall night with Martin Carthy as well as sending our best wishes for a speedy recovery to Eliza.

A tribute celebration spanning 50+ years of Fleetwood Mac’s stellar career! From the UK Blues of the ‘Peter Green’ era through to the multi million selling West Coast rock of ‘Rumours’ and the lush 80s production that was ‘Tango In The Night’ – plus everything in between and after . 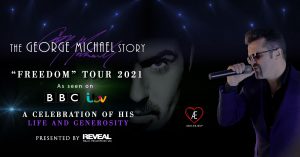